This project started, like many projects, with a moment of serendipity.  Walking the streets of Habana Vieja, Cuba, in September 2016, I came across something that epitomised my emerging view of the Cuban “culture of repair” 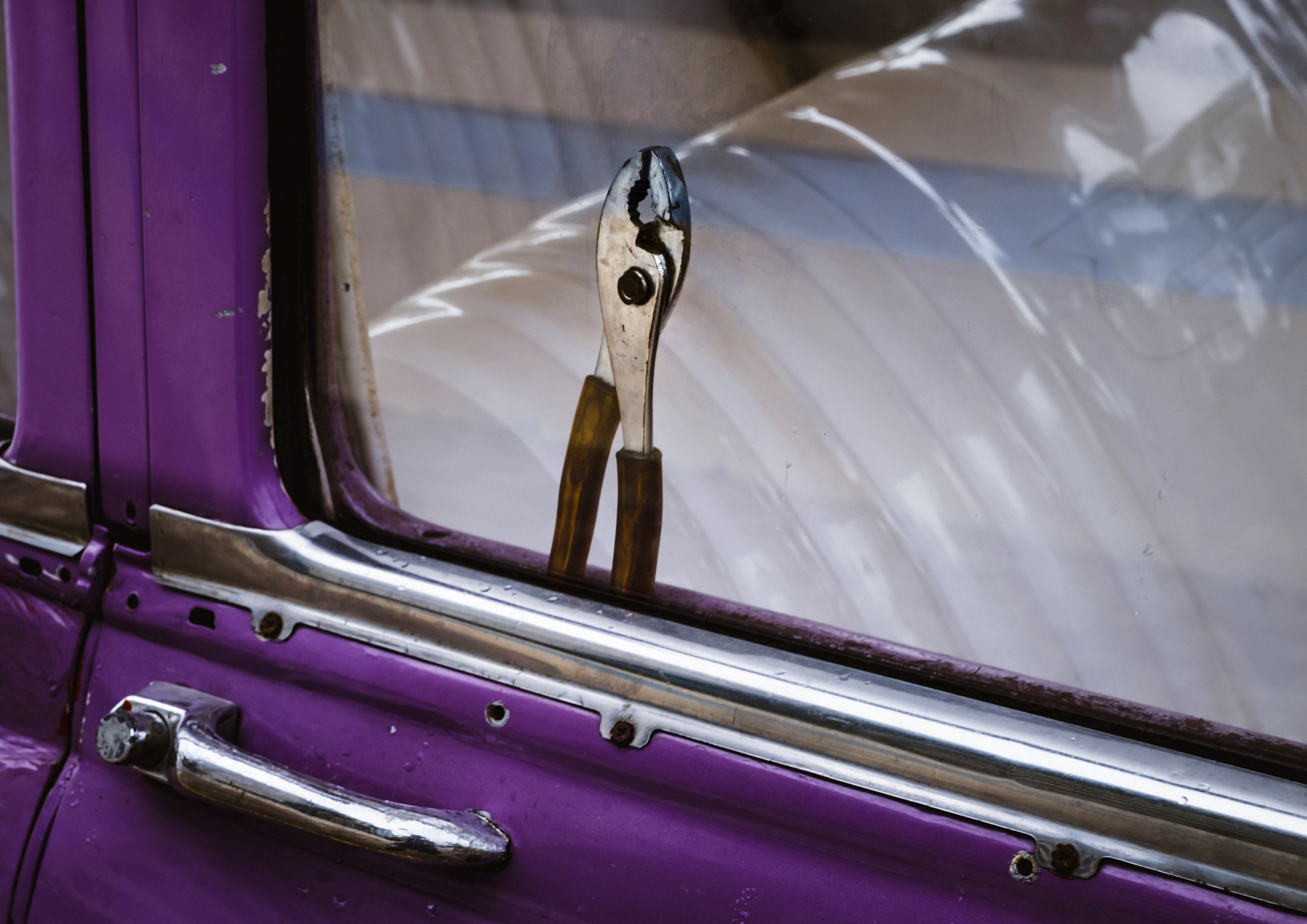 Thus began an exploration. An exploration that combined a background in engineering and a desire to explore the subject through multiple perspectives (which had been the basis of my prior academic research into ecosystems).

The work focussed in initially on Cuba, where, with the gradual opening of the economy, with increased tourism and increased consumption, I sensed that we might be witnessing the end of that culture of repair and of the “Never Ending Life of Cuban Things” [Sarah Hill; Anthropology Now, 2011]. My initial intent was to document it before it had largely disappeared; consumed by consumption, like it had in the ‘West’.

Years later that project has developed, taken some twists and turns and now explores a much wider view of repair and its importance in creating a sustainable future.

Much emphasis today, in the media and even amongst even some activists is focussed on recycling. But in many instances recycling does not solve the problem – it masks it.

We used to value our ‘things’. They were precious. They were created from scarce resources and hours of human endeavour. But a combination of consumerism and mass production has led to ‘things’ of shorter life, of less perceived value and that are much harder to repair and thus, keep working. To compound matters, our ability to repair these things has faltered, driven by limited access to knowledge, lost skills, and an approach to product design with embedded technology that inhibits repair.  Even the legal framework is not supportive of a right to repair your own things, despite some recent positive moves.

Confronting these challenges, this project takes a constructive or solutions approach; to identify and shed a light on the repairers, re-users, activists, and solution providers, as exemplars. The overall aim is to point to ways we can all make better use of what we have and to build a more sustainable future.

Recent changes in the law in several countries, have made a start, but we still do not have a meaningful right to repair.  In the US, the Repair Association, USPIRG and iFixit work to reduce restrictions or repair. Progress is steadily being made with over half the states having active bills to support a right to repair.  In March 2021, the first ever repair laws for household appliances came into force in Europe. But these are also limited in application and restrict who has access to spares and repair manuals and it does not address some of the systemic issues and embedded barriers. In the UK the situation is worse, with more limited rights only introduced in July 2021.

Changing the laws is only part of the systemic solution required. To create a viable repair ecosystem and economy we will need access to repair manuals and spares, develop training and skills, create facilities to support communities, and the engagement of local authorities, community groups, commercial repairers, and consumers.

unbroken.solutions has taken on an increasingly more collaborative approach, working with repairers, engaging wider stakeholders, and by undertaking joint activities and events.